Be as a bird perched on a frail branch that she feels bending beneath her, still she sings away all the same, knowing she has wings.   Victor Hugo
As mothers, don't we want to hold on as tightly and as long as we can?  We are taught and told that we need to give our children wings, but isn't that thought terrifying to you?  I know that I hold too tightly sometimes.  I know that, without realizing it, I may even hold them back. 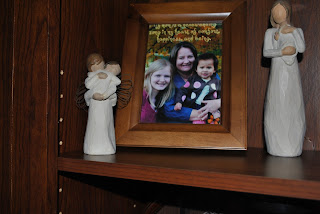 But, fight as I might, there comes a time when you have to let them fly.  You have to let go and trust them.  And trust what you taught them.  And trust God.  And it is so scary.  I'm not ready.  I fight it.  I hold on until I realize it is out of my hands.  Something bigger and Someone stronger is calling them to do the thing they were meant to do.  So I let go with clenched hands. 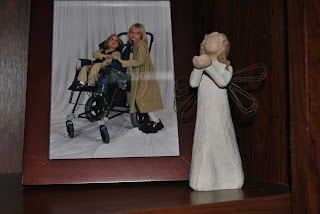 And they fly.  They soar.  They find their wings.  I have already let one go and I know she is safe and whole and free.  Where she needs to be.  But, now, I have another who is ready to test her wings.  Like the bird in this quote above she has perched on a frail branch many times in her young life.  She knows what it is like to feel the wind blow and toss you about.  To hold on with all your might as you feel your world shift under you.  To just trust that Someone is holding onto you when you don't think you can do it anymore.  She knows this to be true. 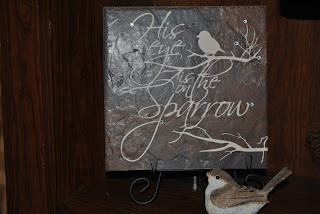 But she hasn't just held on.  She has kept singing.  In the midst of the holding on and the tears and the shifting ground, she never lost her joy.  She never forgot who she is or who is holding her up.  So many times I had no words myself.  I was barely holding on myself.  But I kept praying that He would hold her and help her to keep singing.  And to find her own song. 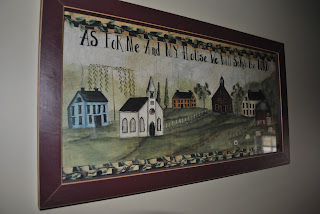 And how He has answered that prayer is amazing.  He has placed in her a love song for the world.  A heart that breaks for the lost, the weak, the hurting.  She hungers after Him and longs to serve Him.  She sees the need around her and her heart sings because she knows the Hand that has held her so far will hold her still.  And the song He has placed in her heart needs to be heard.

It is her time to fly.  To try her wings.  Which means I need to trust her to remember the things we taught her.  To trust her to hear the song He's given her.  I can't hear it for her.  She has to hear it herself and know that it is hers. 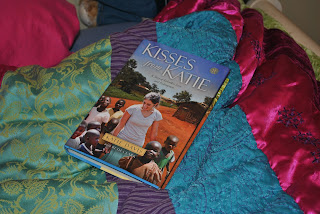 So, it seems that the song He has given her requires much letting go on my part.  He has given her a heart for missions and I don't want to be holding her back from singing or flying.  Her dreams are hers and they are big and beautiful. 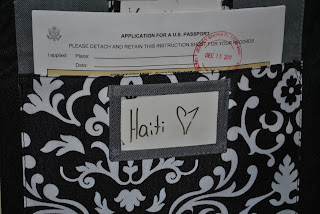 I know that the one who has held us this far will hold us still.  And her dreams will have wings.   I will watch her fly with my hands held open in front of me, letting her go and ready to catch her at the same time.  Because that's what mothers do. 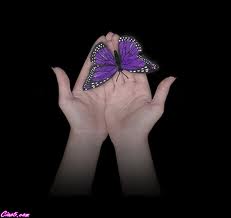 A Friend on the Farm said...

Wow, that is awesome that she wants to go on a missions trip already at her young age. I'm sure it is a little scary for her mother and father though. God will bring great things to her through this trip. I told Adam that when our boys are a little older, I am going on a few too!