I meant to post an update on Anna Grace when she turned 18 months but time just seemed to slip by and now she is twenty months so I guess this is the twenty month update. Where do I start? This girl has been growing and changing by leaps and bounds. She keeps our life oh so interesting and fun!

She is still a peanut. She weighs 19 pounds and is about 28 inches tall. She is still wearing her twelve month clothes which is good for the budget! She is small but mighty.

She may be tiny in stature but she has a huge personality! She loves people and says hi and bye to everyone we pass in the store or anywhere we go. If they do not respond she will just say it louder and louder until she is acknowledged. Her new thing is "hugs" and will go up to total strangers requesting a "hug" with her arms open wide. She is very vocal and says tons of words. At church she is known to shout at "dada" when he gets up to pray or preach. The church, of course, thinks it is adorable but I know it can be distracting so I take her out while she waves and yells "bye-bye" to everyone. It is pretty cute...

She has a great memory and if someone winks at her or gives her five or something like that she will remember and next time she sees them do the same thing.

I think she has almost all of her teeth, thank goodness!

We are still working on the bottle thing. She loves her "bobble" and I have read not to rush it with adoption so we are letting her take the lead. She is down to just eight ounces a day so it isn't too bad.

Sleeping has become an issue lately. She seems really, truly scared of something so it is hard to let her cry so we end up bringing her to our bed a lot of the nights. Last night I put a CD in and that seemed to help so maybe we have a solution. I sure hope so. We are tired!!

She is pretty attached to all of us but especially me. I don't mind this most of the time but it can be a bit much. I haven't been able to hear one of Dean's sermons in months. We are slowly working on that. Again, we were very careful to make sure she attached to us only because of the adoption process. It can be draining at times but I am so thankful she has bonded with all of us the way she has.

She loves Sesame Street and "Elbo and Abby". She will bring me the remote and tell me "Elbo! Elbo!". She can say A-G of her ABC's and count to ten kind of. She can sing the Barney song. She loves to sing and dance.

She loves other kids and she goes to Storytime and Tumbling every week as well as church so she has quite the social life.

I am not good at this so I will stop for now. I'm sure I will think of many more things to write after I post this but that's enough for now. The most important thing is that she is loved and thriving and the source of so much joy to all who know her. 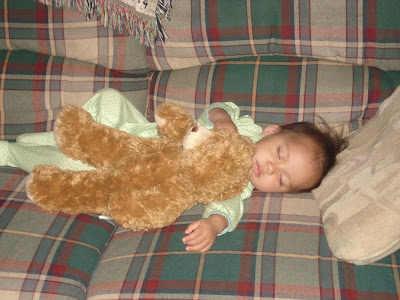 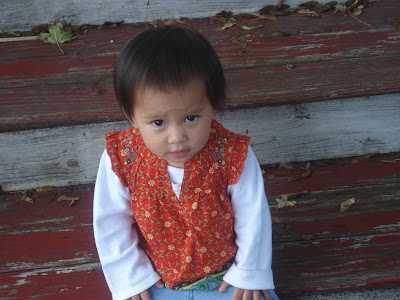 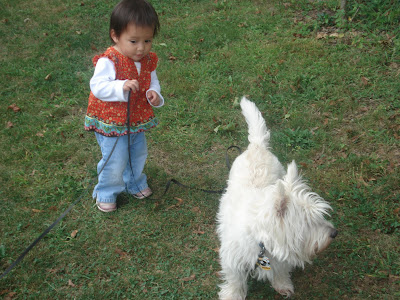 Oh, did I mention how much she loves her blanket and bear (Bee)? I have found her feeding him, kissing him, hugging him, singing to him, sitting on him, talking to him... you get the picture. 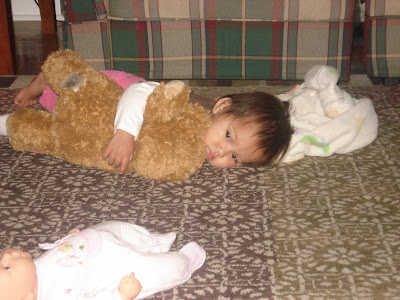 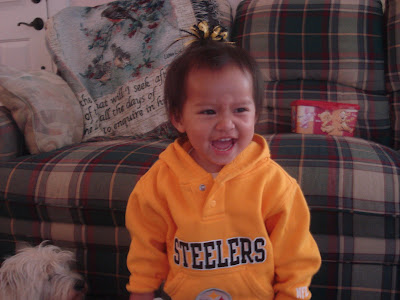 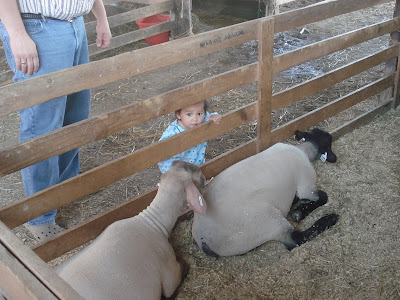 This summer was also a milestone for Allie. She turned fifteen!!! I can't believe that myself! I won't embarrass her by going through all of her achievements but I have to say how very, very proud we are of the person she is becoming. It has been such an honor to watch her grow up and somehow, through all of the stuff that has happened in our lives, she has blossomed and learned to keep shining!
She is in public school now so that is a big change for all of us. It was such a hard decision but we believed it was the best one for now and she is proving us right. She is doing so well and mostly enjoying it. I know she misses our relaxed schedule at home but this is a part of life! I can see her self-confidence really taking off lately.
Anyway, she is so very beautiful, talented, and smart. But I think the greatest thing about her is her love for her Lord and people are drawn to her because she is so very sweet and authentic. How could I not be so very proud of this girl? 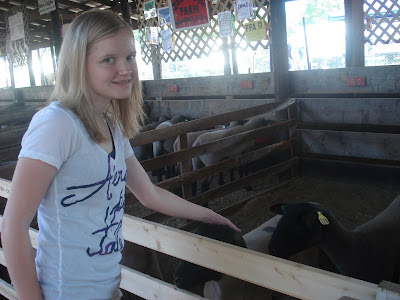 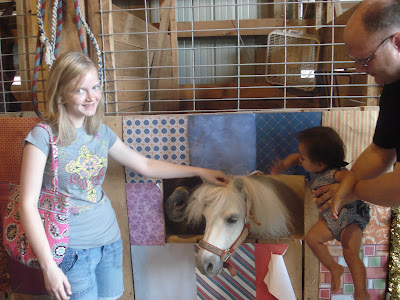 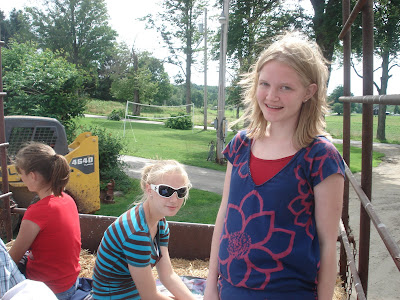 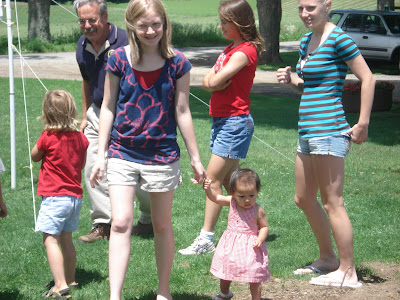 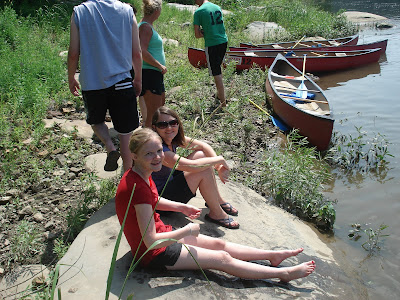 Even though exclaiming Dada in church right before the prayer might seem a bit "unusual" for some parishioners you can imagine Our Lord is also smiling!