One year ago today we saw Anna's sweet face for the first time! I remember the day so clearly.

Allie and I were in Barnes and Noble, as we often are, and my phone rang. It was the adoption coordinater, who never called me unless I called her first. She usually communicated through email only. When I saw her name on the phone I got so excited I threw the phone across the table. When I finally answered, she told me so calmly that she had a baby girl she thought I might be interested in. My voice and hands were shaking as we talked and Allie later told me that I was talking really loud! She told me a little on the phone and then said she would email a picture and info to me. Needless to say, we left right away!

We decided to go out to eat and celebrate and hoped the email would be there when we got home. We got home and still no email. I emailed the coordinater but figured she probably wouldn't get it until the next day. I was so disappointed.

Dean kept checking the email and finally at around 10 pm we got an email saying she had sent it in the afternoon but it must not have gone through. She said she would resend it. We all three sat on the couch and waited and at long last we got the message and Dean opened the attachment and we saw the sweetest little sleeping angel!! 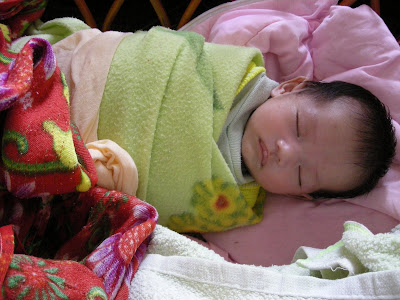 It was love at first sight! Allie had been reluctant about the whole adoption but she was won over in an instant. We just kept looking at the picture and started calling friends and family telling them to check their email. It was such an exciting day!!

And, now, a year later she is here and such a joy. It has been such an amazing journey and I am so grateful for each and every moment!!

Here she is a year later... 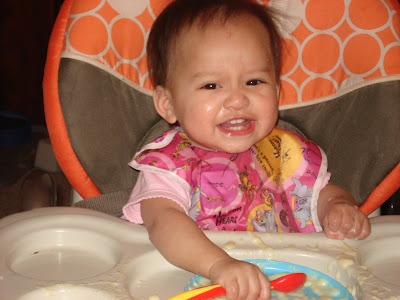 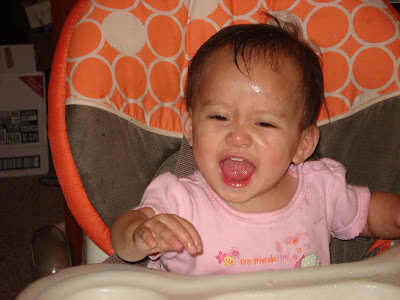 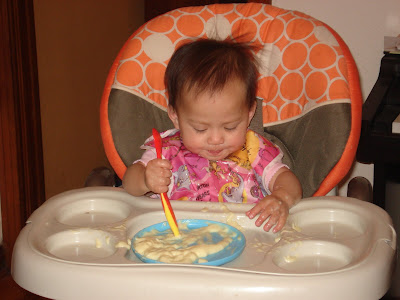 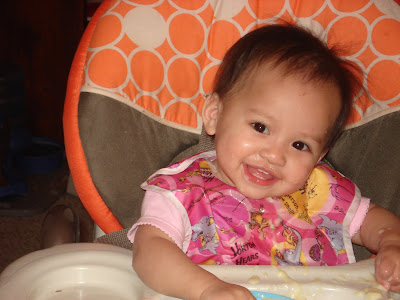 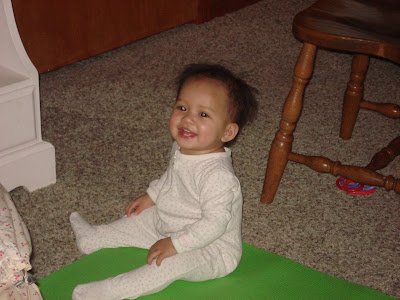 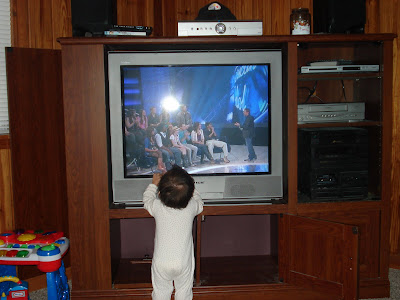 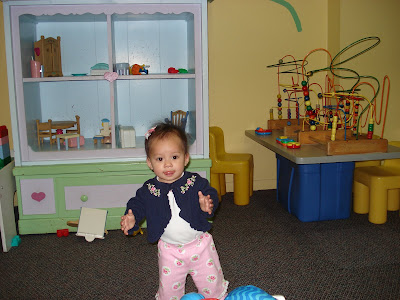 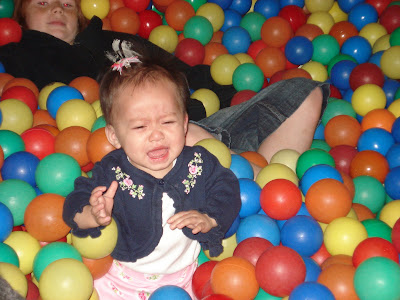 Updates on what she is doing:
-She is walking like a pro.
-She says bye-bye, hi, hey, all done, mama, dada, allie, duff, thank you, uh-uh, who's that?, okay, doggie, grandad, and probably more than I can think of...
-She sign more, bye-bye, no, drink, come here,hi
-She can show you her eyes, head, nose
-She loves books and points to everything, "What's that?"
-She is a social butterfly. She says hi to everyone she sees as we pass them in the store. Old people love it.
-She snaps her fingers at the dog, just like her daddy.
-She blows kisses and gives the best kisses and hugs.
-If you tell her to come here she taps on her chest.
-If she is doing something she knows she shouldn't she will look at you and shake her head no.
-She loves to dance and sing.
-She does patty-cake and so big

That is all I can think of at the moment but the most important thing she does is fill our days with smiles and laughter and love! She was and is such a gift from God to a family who needed
her so much!!
Posted by Dean at 3/06/2009 10:24:00 PM

Wow Stacey! It is hard for me to believe that it is really been a year since that first picture! She is such a precious little girl! She is so fortunate to have the three of you and you are so blessed to have her!!
We love you guys!
Jill

Isn't it interesting how a year can go by so quickly. Anna is so joyfyl in your pictures,and I can't help but smile when I look at her. She is very precious and a beautiful gift from God!
Hugs, Crystal